TURKEY--In 2015, Erden Bilgen, with his retirement at age 65, received an invitation for a brass ensemble performance from the Turkish Philharmonic Association. Players who had been in his Group Fanfare over the years and others joined to form the large brass ensemble, the Brass Philharmonic.

The Brass Philharmonic created an opportunity for Bilgen and dear friends who have wanted to play together for years the chance to actually play together but did not have the chance before.The inaugural concert took place at the oldest concert building in Ankara, in the Presidential Symphony Orchestra concert hall on May 2, 2015. The group performed Henry Tomasi's Fanfare Liturqugies, George Gershwin's Rhapsody in Blue Richard Strauss' Vienna Philharmonic Fanfare, David Fanshawe's Fanfare to Planet Earth, Erden Bilgen's Mehteran Fanfare 2015, John Williams' Olympic Medley, and Zequinha de Abreu's Tico-Tico. (Some of the performed selections can be heard on Erden Bilgen's Youtube channel.) Since the inaugural concert, the group continues to expand its repertoire, rehearse and perform regularly.

This ensemble is many years in the making. In 1992, at the ITG Conference in Rotterdam, Philipp Jones asked Erden Bilgen if there was a Turkish orchestra similar to his brass ensemble. At the time, one did not exist. After a couple of years, Bilgen formed an orchestra named “Group Fanfare” with twelve to fourteen of his students from Ankara State Conservatory where he taught chamber music. This group performed Renaissance, Baroque, Jazz, Classical and Modern music in many festivals and graduation ceremonies, playing 4-5 hours almost every day. After a few more years, some brass players from the symphony and opera orchestras in Ankara did masters and doctoral degrees in chamber music. In the first classes, they studied Elgar Howarth’s 1979 edition of Mussorgsky’s Pictures at an Exhibition. According to Bilgen, "The joy we experienced was spectacular." Following this, Bilgen taught brass group studies for more than 20 years in İstanbul, İzmir and Eskisehir state conservatories, with many of his students going on to play with a variety of symphony orchestras. 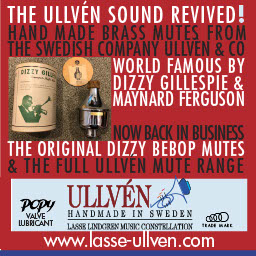