The University of Louisville International Trumpet Guild Chapter held its annual Trumpet Day(s) event on April 12 and 13, 2019, at the University Of Louisville School Of Music. The featured guest artist for this year was Yamaha Performing Artist, Rex Richardson. Richardson taught several masterclasses and gave a truly memorable performance with the Brass Band of Louisville, directed by Jason Cumberledge.

The hosts for the event were the two trumpet professors from the University of Louisville, Reese Land and Ansyn Banks, who both performed as part of the festivities. The event was sponsored by the International Trumpet Guild, the University Of Louisville School Of Music, and the Student Government Association, as well as four area musical instrument/accessory dealers: Pickett Mouthpieces/Blackburn Trumpets, Mel Owen Music, Miles Ahead Music, and Messina Covers. 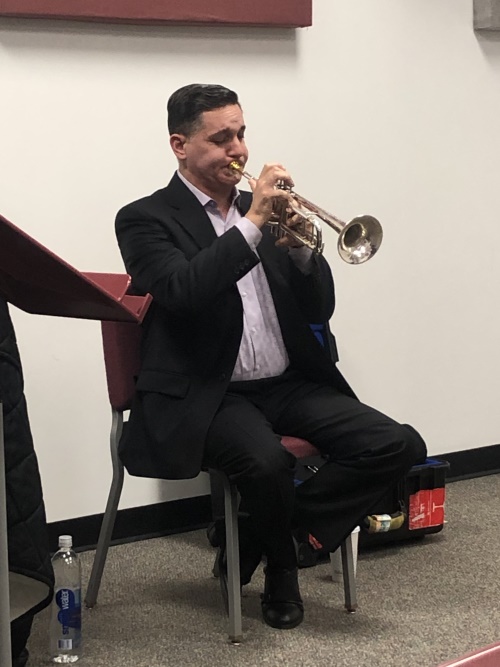 The opening concert with the Brass Band of Louisville featured Richardson on a variety of solo works including Allen Vizzutti’s composition written for the artist, entitled 3 World Winds. The large audience was especially appreciative of his performance of this and his other works, the Thad Jones tune, A Child is Born, arranged by Stephen Booker and the Ellington/Tizol tune, Caravan, arranged by Wes Funderburk. Reese Land also performed as a soloist with the brass band on Stephen Bulla’s Joshua Swings the Battle. 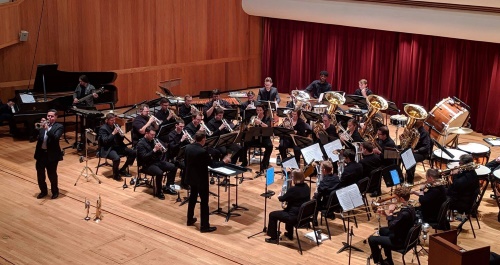 Richardson solos with the Brass Band of Louisville

Richardson also gave three master classes, "Stage Presence and Performance Anxiety" as well as two classes on trumpet pedagogy and performance. Many university and high students performed in the master classes and were given excellent advice and insights. Dr. Ansyn Banks, Mr. Richardson and jazz pianist, Dr. Gave Evens opened the last masterclass with a rousing performance of a classic jazz standard, Stella by Starlight. 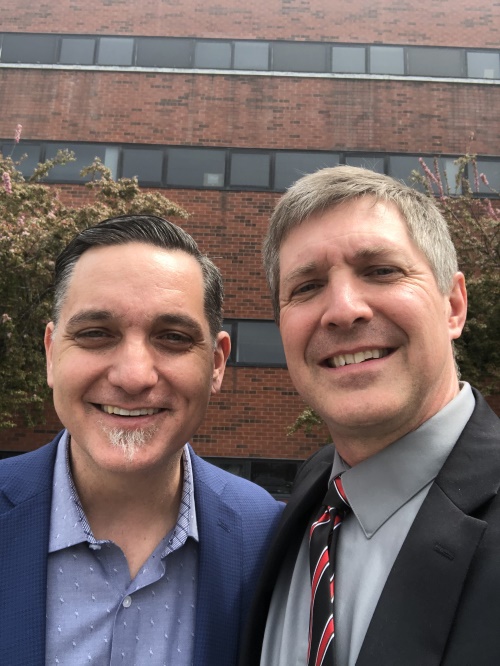