Fall 2012 guest artists at the University of Louisville 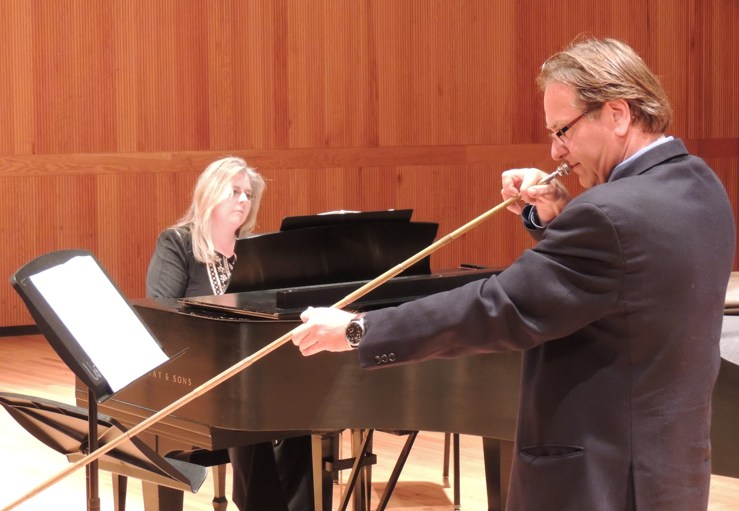 Nikos Xanthoulis, renowned trumpeter, composer and musicologist from Athens, Greece, presented a lecture recital on Ancient Greek music on September 16, 2012. The event was sponsored by the Archeological Institute of America, who named Xanthoulis the Kress Memorial Lecturer for 2012. U of L Professor and archeologist Dr. John Hale facilitated and coordinated the Louisville segment. As a part of this award, Xanthoulis spent approximately three months during the fall, 2012 touring North America, where he presented this lecture in numerous other cities. The recital featured Xanthoulis’ performances on the salpinx and the lyre as well as singing, allowing a glimpse into ancient history and culture. The performance of Xanthoulis’ Concerto for Salpinx, accompanied on piano by UL Professor of Music Dr. Krista Wallace-Boaz, and Dr. John Hale’s reading of excerpts from Homer’s Iliad, accompanied by Xanthoulis on the lyre, were highlights of the presentation. 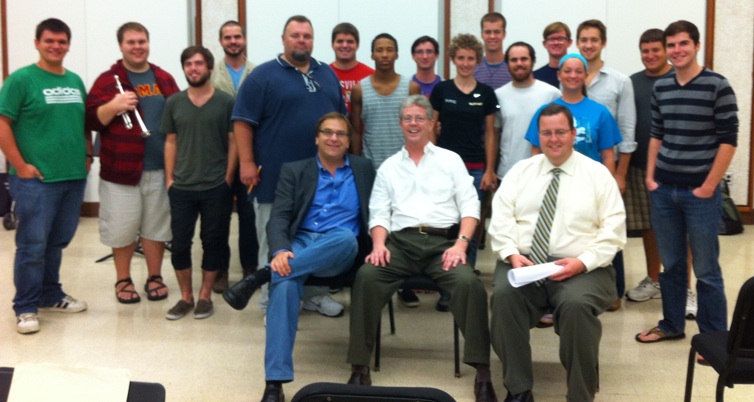 As a part of Xanthoulis’ visit to the University of Louisville, he presented a master class for the trumpet studio on September 19. Work in the class emphasized style, musical phrasing and talking about the ancient Greek trumpet, the salpinx. At the conclusion of the class Xanthoulis presented the scores to two new works composed for University of Louisville trumpet professor Michael Tunnell: Odyssey for trumpet, narrator and piano (based on the story of Argos the Hound from Homer’s Odyssey) and Catch the Time for corno da caccia and piano. Xanthoulis explained that these new works were a direct result of extreme jet lag: unable to sleep, he chose to pass the hours by composing these additions to the trumpet and corno repertoire. 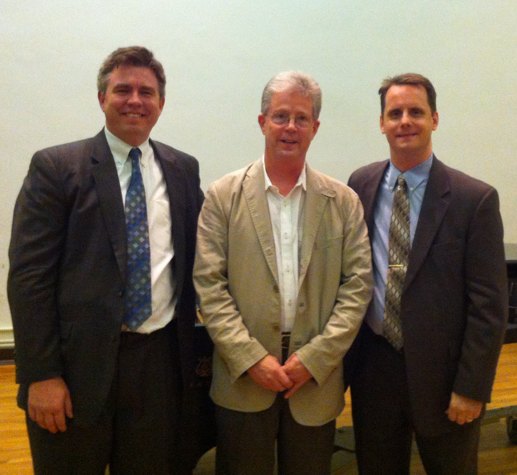