Dr. Brianne Borden has been appointed Visiting Assistant Professor of Trumpet at the State University of New York at Potsdam, where she will begin duties in August 2020. She succeeds long-time trumpet faculty Dr. John Ellis and Dr. James Madeja. 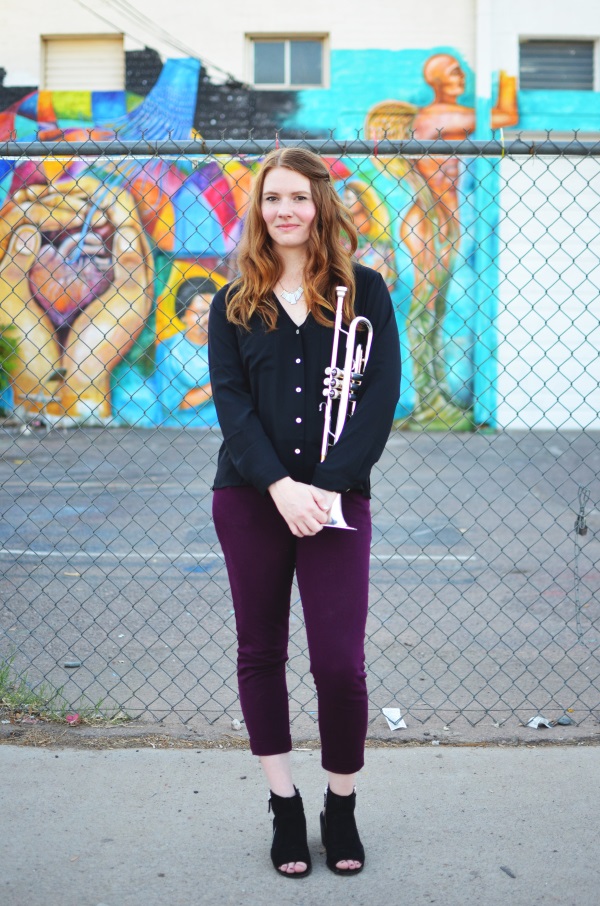 Dr. Borden grew up in northern New York, studying with Herbert Smith of the Rochester Philharmonic. She attended SUNY Potsdam, earning a Bachelor of Music in performance under Dr. John Ellis in 2013. There, she served as principal trumpet in the Crane Wind Ensemble, Crane Brass Ensemble, and Crane Opera Orchestra, as well as being a member of the Frackenpohl Honors Brass Quintet and Crane Trumpet Ensemble.

Borden was awarded a trumpet assistantship at the University of Colorado in Boulder in 2013 under the mentorship of Terry Sawchuck and Justin Bartels. She also taught a "Yoga for Musicians" class there, and was a member of the Backcountry Brass Quintet. In addition, she served as principal trumpet of the CU Boulder Symphony Orchestra, Opera Orchestra, and Wind Symphony. She completed her Master of Music in performance in 2015.

In the fall of 2015, Regents’ Professor David Hickman welcomed Borden to become one of his graduate trumpet teaching assistants at Arizona State University, where she commenced doctoral studies. While in Tempe, she performed as a rotating principal in all of the top music ensembles, and also played with numerous professional groups in the Phoenix area. She is a founding member of the Phoenix Brass Collective, and is a certified Yoga instructor. Her "Yoga for Musicians" clinics were presented at the 2016 and 2017 ITG conferences and the 2019 International Women’s Brass Conference, and she has been a guest clinician in this regard at Bemidji State University, Arizona State University, Ithaca College, SUNY Potsdam, University of North Dakota, Northern Arizona University, and the Colburn Conservatory. Her virtual classes have been presented at the University of North Carolina-Greensboro, Avon Central School District in Indiana, and for the Hawaii Youth Orchestra.

Borden completed her Doctor of Musical Arts degree in Trumpet Performance in May 2020. Her dissertation project is “Yoga for Musicians: A Practical Guide to Using Common Yoga Techniques for Performing Musicians,” and will soon be published as a method book. Recently, she has taught at Kirk’s Studio for Performing Arts AZ, the Harmony Project Phoenix, Crane Youth Music at SUNY-Potsdam, Phoenix Conservatory of Music, and maintained a private studio of ten trumpet students of all ages.