Dr. Luis Miguel Araya is the new Assistant Professor of Trumpet at the University of Central Florida.

He is a member of the world-renowned Dallas Brass, and most recently was the Trumpet Artist-in-Residence at the University of Arkansas at Fort Smith. Known as versatile musician, he has played a wide range of musical styles, ranging from classical to popular and Latin music. He has studied music extensively both in Costa Rica and in the United States, holding a Bachelor of Music degree from the National Institute of Music (Costa Rica), a Master of Music degree from Loyola University in New Orleans and a Doctorate in Music from Arizona State University. Born in Alajuela, Costa Rica, Luis was a member of the Costa Rica National Symphony Orchestra (1997–2012), and was on the faculty of both the National Institute of Music and the University of Costa Rica. Other orchestral experiences include the Venezuela Symphony Orchestra, the Miami Symphony Orchestra, and the Louisiana Philharmonic Orchestra.

As a soloist, Luis has played with the National Symphony Orchestra of Costa Rica, Alabama Symphony Orchestra, Uppsala Chamber Orchestra (Sweden), and Loyola Chamber Orchestra, among others. He has also participated in festivals such as the Pacific Music Festival and the Rafael Mendez Brass Institute, and presented a solo recital at the International Trumpet Guild Conference 2005 in Bangkok, Thailand. Luis was also the winner of the 2004 Ellsworth Smith International Trumpet Solo Competition, and has presented master classes at the Fifth Trumpet Camp (Manizales, Colombia), Fifth Trumpet Festival (Teror, Canary Islands), Ithaca College (Ithaca, New York), Loyola University (New Orleans, LA), and Washburn University (Topeka, KS). He is an artist/clinician for Stomvi trumpets and Warburton mouthpieces. 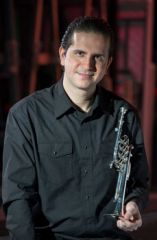 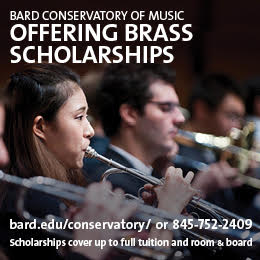